Welcome to my 5 part pain series! Yep 5 parts! Why? To try to explain Pain in one post is too simplistic and pain is definitely not simplistic.  So I’m gonna break this up into 5 small bite size posts and take you on a journey to understand pain. I intend to attempt to explain what pain is, how it enters the body, what happens in the nervous system and what can affect it becoming a persistent problem, a tough challenge I have set myself and indeed arduous! Part 1 delves into the history, anatomy of the nervous system and will aim to get you asking questions….

I love the feature picture because the actual picture depicts a rather calm and relaxed looking individual with his foot in a fire, I have adapted it slightly. Except for people who can walk on fire (can you explain that??) I like to think that most people would be a bit more expressive!

So what would your thought’s be if I said that pain was a good thing? Would you scoff and turn your nose up in disgust at such a preposterous notion. Well think about this, imagine if you couldn’t feel pain? ……. (pause for all you reading this thinking about it) Ok that should be enough time, come back please and keep reading! If I didn’t feel pain, wow! I wouldn’t have a clue about what I was actually doing to my tissues. I probably wouldn’t heal so well, not move or function so well and I would probably shorten my life expectancy!!  That seems pretty rubbish to me!  So thank goodness I experience pain! I admit though when it becomes persistent that is a different matter altogether.

5 posts will discuss the following:

Post 1: The origins of pain and the anatomy of the nervous system

First a quote, The International Association for the Study of Pain explain it as:

An unpleasant sensory and emotional experience associated with actual or potential damage, or described in terms of such damage

Pain has been recorded in the history books for centuries with early reports of emotional relationships and imbalances of vital fluids (reference, reference).  Probably the most popular of all early theories was Rene Descartes, now for his time he was a pretty clever guy explaining that pain followed a fixed pathway, where a tissue was subject to injury it would pull on a cord and ring a bell in the brain alerting the brain to pain in the tissue.  Descartes became responsible for the misconception of physical pain as being different from mental pain regarding the body like a machine. The specificity theory regarded pain to be a specific sense separate from other senses and that it explained that pain was proportionate to the amount of tissue damage. Good for its time but no so accurate particularly for explaining persistent pain. It also led to peripheral nerves being cut at the source of pain in the body in the hope it would take the pain away!! We don’t want the bell to stop ringing altogether, in fact this did quite the opposite it made the bell ring more!! The 20th century saw an emergence of the belief that pain was a physiological challenge after the discovery of narcotics in the 19th century helped to reduce pain. This lead to advances in surgical techniques to try to resolve pain, which it unfortunately didn’t.  What it did explain was that the specificity theory was flawed. 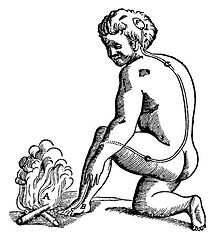 The specificity theory continued through till about the mid to late 20th century, it also saw the emergence of Melzack and Wall’s pain gate theory proposed back in the 1960s. This helped to shape the way to what Pain Science is today. They proposed a gate control system within the spinal cord that could be open or closed by specific nerve fibers. The gate system consisted of large diameter myelinated nerves that responded to normal sensations such as touch or pressure and were able to close the gate, and small diameter unmyelinated nerves that respond to nociception that could open the gate. Small diameter nerves were explained to be influenced by descending controls from the brain. Finally an inhibitory neuron that could stop information heading to the brain assisting with closing the gate. Hence why when rubbing your hand after you knock it can ease the pain.  This was a good way to explain soft tissue injury but it didn’t help explain persistent pain too well.  It also saw the emergence of physiotherapy modalities such as TENS and Acupuncture to try to treat all pain.  To explain persistent pain we have to go beyond what occurs in the tissues.  The tissue model of healing gives a round about figure of between 6-18 weeks for tissues to have fully healed. So pain that lasts for longer than this can’t be completely related to tissue.  Pain is contextual and this will be talked about in a later part of the series.

So when Descartes talked about ringing bells he was possibly referring to acute pain but it didn’t completely explain pain. So lets stop talking about bells there are no bells just heaps and heaps, yes I mean heaps of neurons!! Neurons that are all over your body that come to the spinal cord and then travel to the brain where there are billions of neurons all packed together.

A metaphor to use to describe nervous system anatomy is the structure of a tree.

To sum up, this was a very brief overview of the origins of pain.  There are many other phrenologists, philosophers, phenomenologists and philanthropists that shared their theories of pain.  It is credit to those individuals that have taken us on the journey to wear we are today. The use of modern-day imaging, Magnetic Resonance Imaging (MRI), Electroencephalography (EEG) etc has helped researchers understand how the brain and body communicate and in respect to pain how the brain is very much involved.  Most of us that experience pain want to get rid of it.  Yet understanding the mechanisms that underpin pain helps us to understand how to get rid of it.

I hope you have got something out of this post I will leave it there and encourage you to keep a look out for the subsequent parts to follow.

I am always keen to hear your thoughts so please leave a comment or a thought or an experience!